Tips for Returning Horses to Work After Soft Tissue Injury 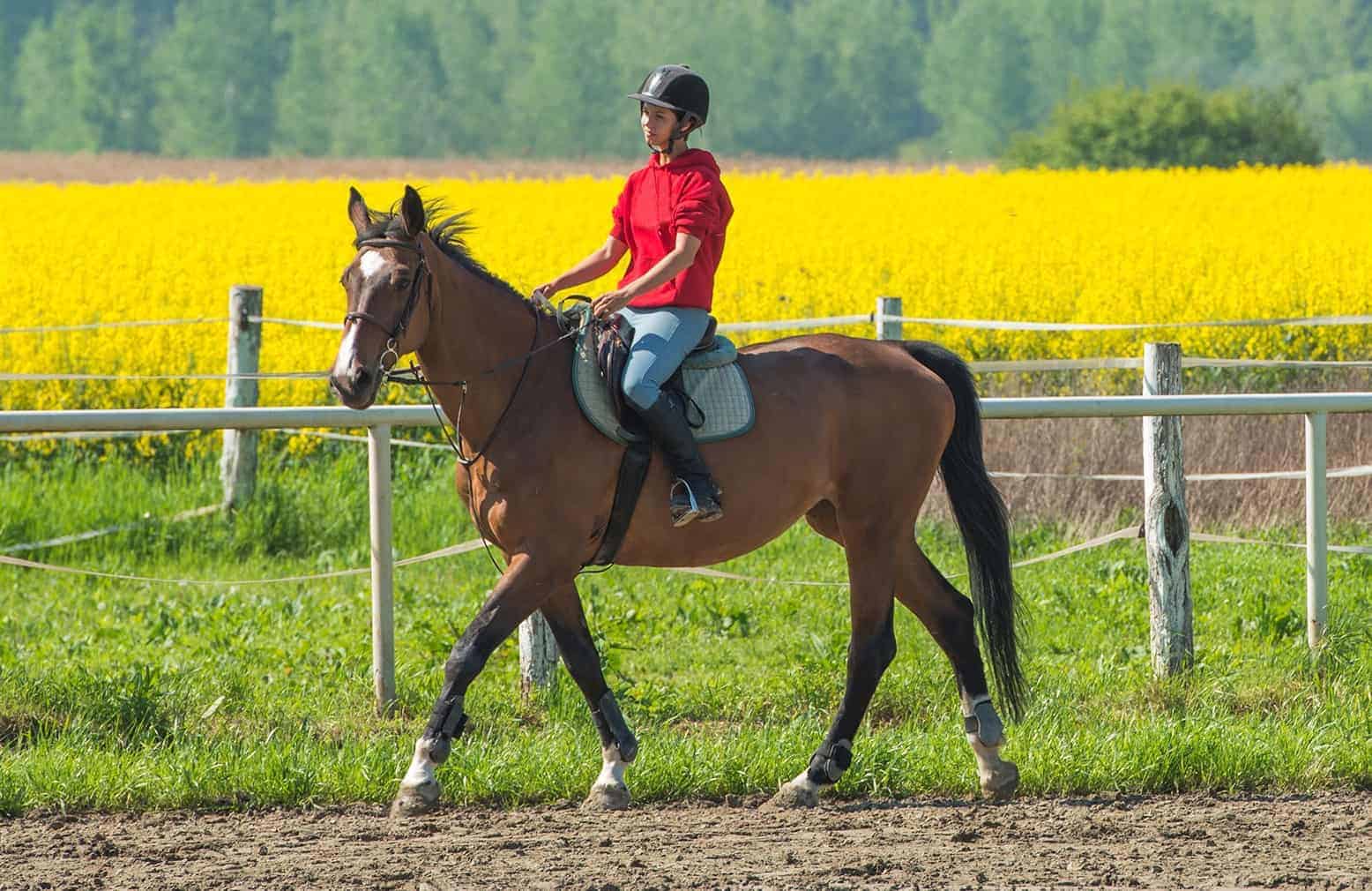 There’s no way around it: Equine soft-tissue injuries, simply due to the nature of the sports horses take part in, are all but inevitable, said Alan Manning, MSc, DVM. The good news is veterinarians can often help injured horses return to work. He said this process generally comprises 25% treatment and 75% rehabilitation.

“When soft tissue is healing, the new tissue needs to be educated on its new job,” he said. “This occurs during the rehabilitation process and has to be done gradually.”

However, he said, there are few, if any, published protocol studies detailing how to rehabilitate horses and help them return to full work. So, at the 2016 American Association of Practitioners Convention, held Dec. 3-7 in Orlando, Florida, Manning reviewed how he returns horses with soft tissue injuries to work, a task he described as “a puzzle.”

“This must be done in the best possible way to prevent re-injury of the initial issue and not cause other injuries,” he said. “The time and patience required to do this is significant.”

Manning, a sport horse practitioner and owner of Manning Equine Veterinary Services, in Orton, Ontario, Canada, said he believes rehabilitation should begin once the acute inflammation associated with the injury has subsided. “Getting the horse moving is important to help prevent scar tissue and promote the elasticity of tendons and ligaments and to help prevent other secondary issues that can arise from (long-term) stall rest, such as gastrointestinal issues.”

Put It In Writing

First things first: Put the rehab plan in writing so all parties remain on the same page. Manning said the plan should include precise information regarding the amount, duration, and frequency of exercise; any future treatments; and when the veterinarian should recheck the horse’s injury.

“It needs to be stated that this is a tentative schedule,” he added, “and it could well change depending on rechecks and ultrasound findings.”

Further, he said, “everyone needs to be on board throughout the process, such as owner(s), blacksmith, trainer, grooms, etc.”

Before delving into a sample rehab plan, Manning stressed that “every case will be different, depending on the type and degree of injury and the individual horse.” As such, it’s crucial for owners to work with their veterinarians to develop and maintain an appropriate rehabilitation protocol for their horses’ unique injuries.

So what does a rehabilitation plan include? Manning described what a protocol might look like after the initial treatment phase.

Hand-walking For many horses, the first step back to work is hand-walking on good footing that’s not too deep. This isn’t always as easy as it might seem.

“Horses on stall rest can be quite explosive at times,” Manning said.

As such, he recommended taking precautions with high-strung horses, including light sedation (owners will need to get this, along with administration instructions, from their veterinarians) and/or walking in a bridle or with a chain over the horse’s nose or in his mouth.

Start with 10 minutes each day, and gradually increase that to 20-30 minutes, all at once or split into two separate sessions.

“Well-balanced feet are very important as you do not want to add stress to the injury,” Manning said. “This may require balancing radiographs with your veterinarian, and both the veterinarian and blacksmith working together.”

In addition, “it is important to add in daily ice treatment following exercise to help decrease inflammation.”

Walking under saddle In some cases, it’s safer and more controlled to start walking the horse under tack than in-hand, Manning said. Even if a horse is cooperative on the ground, he encouraged practitioners to start the horse tack-walking as soon as possible. Initially, follow the same protocol for hand-walking, also on good footing.

Again, for some horses, restraint might be needed to keep them quiet during exercise. “Draw reins and sedation are sometimes required,” he said.

Manning cautioned against asking the horse to perform lateral work (i.e., leg yields, half pass, etc.) this early in the process. It could add too much stress to the injured structure and lead to re-injury, especially with suspensory injuries.

Adding trot In the second month, Manning said, “continue with the walking regimen and start to trot for 5-10 minutes, split into both directions, and increasing by 5 minutes per week. … The walking should be split before and after trotting, as a warmup.”

Near the end of the month, he added, it’s generally safe to start trotting over rails or poles and small, gradual hills. Continue icing the horse’s legs following exercise.

Do not, however, trot deep into corners or on tight circles yet, and still refrain from asking for lateral work.

Adding canter In the horse’s third month back to work, in addition to the walking and trotting, add some 20-meter trot circles, raised trotting poles, and canter work.

“After cantering for one month, the horse can usually go back to full work and start to jump or begin more advanced dressage work,” he said.

Skill work When it’s time to start jumping again, Manning recommended starting with trotting into small grids with the jumps spaced appropriately for the horse’s stride.

“There is less stress on the injury in a horse at a normal take-off distance, and this is more likely to occur in a trot-in grid,” he explained. “Once the horse has been working in a grid for two to three weeks, you can start to use individual fences.”

For dressage horses, he said, start to incorporate more collected and lateral work when the horse has been cantering for a month or more and proceed gradually from there.

“The more advanced movements, such as passage, piaffe, and pirouette, are more stressful on different parts of the horse’s body and need to be added into work accordingly,” he said.

“It is very important to reassess the injury with a lameness examination and ultrasounds at regular intervals, about every four to six weeks, to make sure the increased stresses on the area have not had a negative effect on the healing process and the fiber pattern is improving,” Manning said.

Based on these exams, the rehab protocol might change, he added, to ensure the horse remains on the right track to recovery. He said he finds it beneficial to perform these exams before the horse takes a step up in workload, from walk to trot or trot to canter, for instance.

“Daily examination of the leg by groom or rider/owner is very important to monitor for swelling or heat,” he said. If heat or swelling arises, advise your veterinarian, he added.

Manning said a question that often arises is whether to use support bandages or boots on horses in rehab. Polo wraps offer more protection than support, he said, while run-down bandages and sports-medicine-type boots offer some support along with protection. It’s ultimately up to the practitioner and owner whether to use boot or wraps, but if they’re used, Manning said he recommends weaning the horse off them during rehabilitation and transitioning him into protective sport boots (i.e., brushing boots or splint boots).

Another issue to consider is when to turn the horse out, and Manning said he likes to get horses outside as early as possible. Small rehabilitation paddocks or round pens with good footing are a good place to start, generally around three months post-injury (but sometimes not until the horse begins cantering under saddle, depending on the injury). As with hand-walking or tack-walking, some horses might require sedation to prevent them from reinjuring themselves. Hay can also help keep horses quiet during turnout, he said.

Manning wrapped up by reviewing his keys for a successful rehabilitation. First, every case is different, he said. Treat them that way. Put rehab plans in writing, even if they might change following reevaluations. Start tack-walking as soon as possible, and always remember to ice horses’ legs following exercise. Finally, “regular evaluations of the injury and its progress are essential for success,” he said.