What could be the cause of this horse’s strange eyelid indentation? Q. What could cause this strange eyelid indentation? It appeared in my 2-year-old palomino filly in March 2016. My sorrel and buckskin developed it in February or March 2017. All three have been on a commercial pelleted feed for horses of all life stages since birth, along with alfalfa twice a day. They have access to free-choice pasture or coastal hay in pasture hay racks. They’ve had no problems with the eyes themselves, just the eyelids. My veterinarian has examined their eyes and done bloodwork but found nothing. Any ideas or directions would be appreciated. —Robert Alexander, via Facebook

A: This is definitely an unusual presentation. If the right eye is the only one affected, as shown above, then a traumatic injury is most likely. Sometimes after the orbital bone is fractured it can heal abnormally, although often it is still perfectly functional for the horse.

For now I am going to assume that both eyelids are similar in appearance. If the palomino were the only affected horse, it might be a conformational abnormality. Just like some horses do not have perfectly straight legs, some horses can have abnormally shaped orbits.

But if I understand what you are saying correctly, three horses are affected by this condition. In this picture the bone above the eye is quite prominent. The most likely reason for this is a lack of orbital fat. Orbital fat sits behind the eye, and without it the eyes appear sunken into the head. We most commonly see this when horses are on the thin side. Sometimes this can happen when horses are growing. The exact amount you are feeding is less important than if the horses are in good body condition. This is something that your veterinarian can help you determine.

If the three horses are related, the genetic condition known as hereditary equine regional dermal asthenia (HERDA) could be a possibility. This is seen in Quarter Horses and results in abnormally fragile and elastic skin. Often horses are not diagnosed until they have started under saddle and begin to get sores over their back. HERDA becomes more of a concern if you have multiple horses affected from the same dam or sire. The dam and sire do not have to be clinically affected, but they might carry the gene that can result in affected foals. Since there is no treatment for this disease, I hope it is not the cause of your horses’ eyelid presentation. 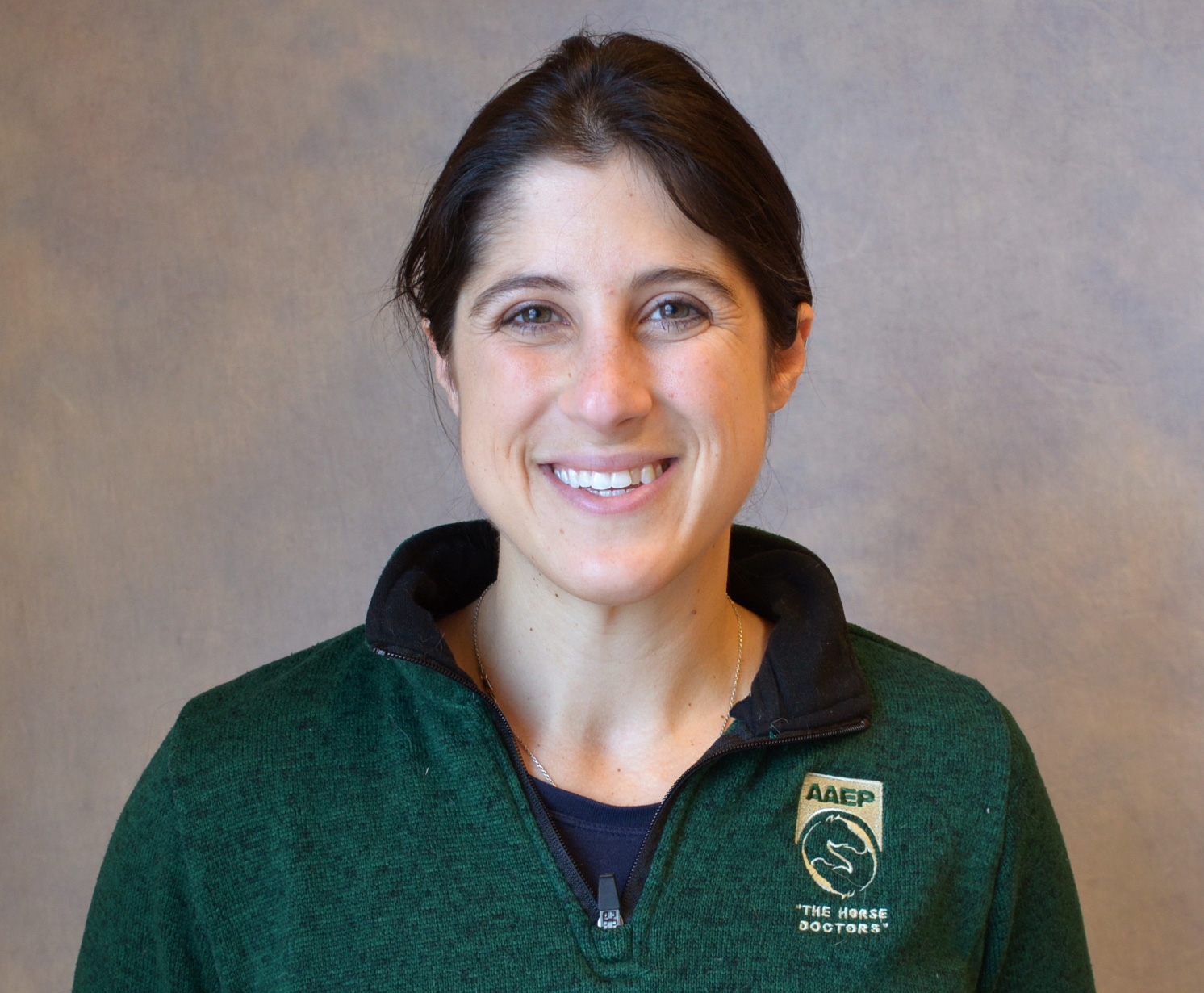 Nicole Scherrer, DVM, is a clinical assistant professor of ophthalmology at the New Bolton Center. She graduated from Purdue University College of Veterinary Medicine in her home state of Indiana in 2011. She then completed year-long internships at both Rood & Riddle Equine Hospital, in Lexington, Kentucky, and New Bolton Center, where she also completed her residency in ophthalmology.

We have an "AMAZING Lineup" of exciting and available Thoroughbreds for you to meet. They have been rehabilitated, retrained and…
08/06/2019
Total views: 28213