What You Need to Know About Equine Stomach Acid

Common feeding practices could be causing your horse’s stomach acid levels to rise. 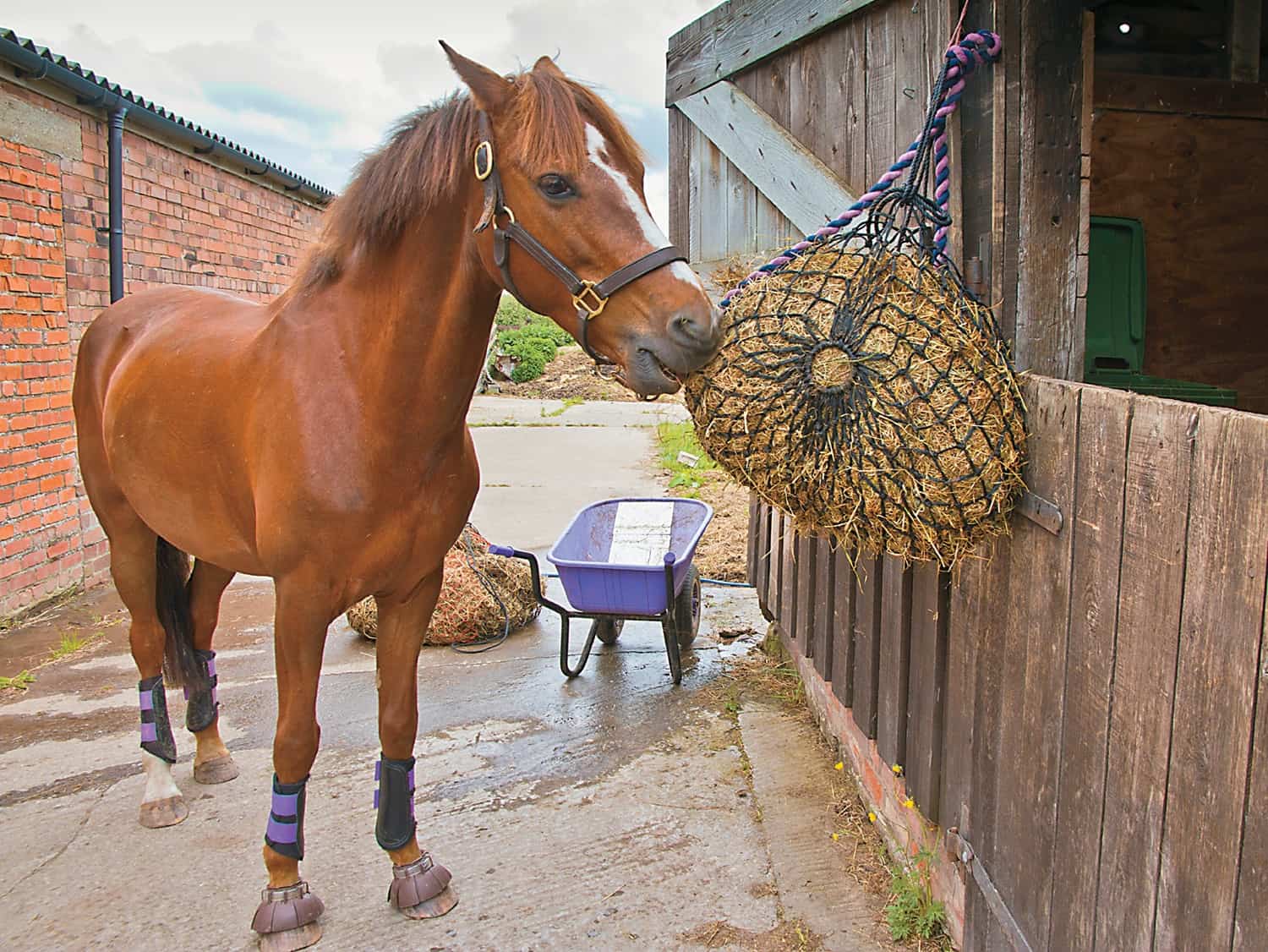 Did you know the average horse’s stomach only has a 2- to 4-gallon capacity? That’s because it was designed to digest a small but steady forage stream throughout the day. Horses evolved as grazers, spending two-thirds of the day grazing. As they continuously graze, they produce large amounts of saliva and maintain a mixture of roughage and saliva in their stomach most, if not all, of the time that buffers it from the acid.

When horses are fed meals, especially concentrates containing cereal grains that pass through the stomach more quickly than roughage, there are often times during the day or overnight when the stomach is empty of feed. It is, however, still producing strong gastric acid. In fact, horses produce up to 16 gallons of acidic gastric juice each day.

The horse’s stomach is separated into upper and lower parts. The lower portion is lined by glandular mucosa and is where the acid is produced. That’s where the acid is meant to reside and digest food. The glandular mucosa has a thick mucous layer, robust blood flow, and naturally-produced sodium bicarbonate, all of which protect the lower portion of the stomach from the acid.

“Horse owners have to consider the sheer amount of acid the horse’s stomach produces, and that acid is being produced whether there is food in the stomach or not,” said Hoyt Cheramie, DVM, MS, Dipl. ACVS, senior equine professional service veterinarian for Boehringer Ingelheim. “The most natural way to feed a horse is to provide grazing for most of the day.

“However, he continued, “that isn’t feasible for most performance horses that are fed large infrequent meals, have limited turnout and grazing, and are under the stress of training, showing, and traveling; yet their stomachs still produce all of that gastric fluid on relatively empty stomachs.”

The most natural way to decrease the strength of the acidic juice in the stomach and to keep it off the upper squamous lining is to take advantage of a quality-roughage-based diet. Cheramie suggests:

A higher-roughage diet has been shown to result in a lower acid level due to roughage and saliva’s natural buffering effect.

When stomach ulcers do develop, the associated pain can cause poor or suboptimal performance.

UlcerGard (omeprazole) and GastroGard (omeprazole) are the only U.S. Food and Drug Administration-approved products for the prevention and treatment of equine stomach ulcers, respectively. Both products are designed to inhibits acid production at the source—the proton pumps in the glandular mucosa.

Both products are also designed to protect the omeprazole from being broken down by acid so it can make it into the intestines, then absorbed into the bloodstream, and eventually make its way back to the stomach to treat or prevent ulcers.

Feeding a performance horse isn’t without challenges. Due to the way performance horses are commonly fed, and in addition to the stress of training, showing, and traveling, stomach or gastric ulcers affect two out of three competitive horses affected. Ask your veterinarian or equine nutritionist for feeding recommendations to help keep acid levels under control.

If you are interested in adopting this horse, please submit an Adoption Inquiry via AAE's website; No texts please: https://www.allaboutequine.org/how-to-adopt.html.…
01/13/2023
Total views: 36