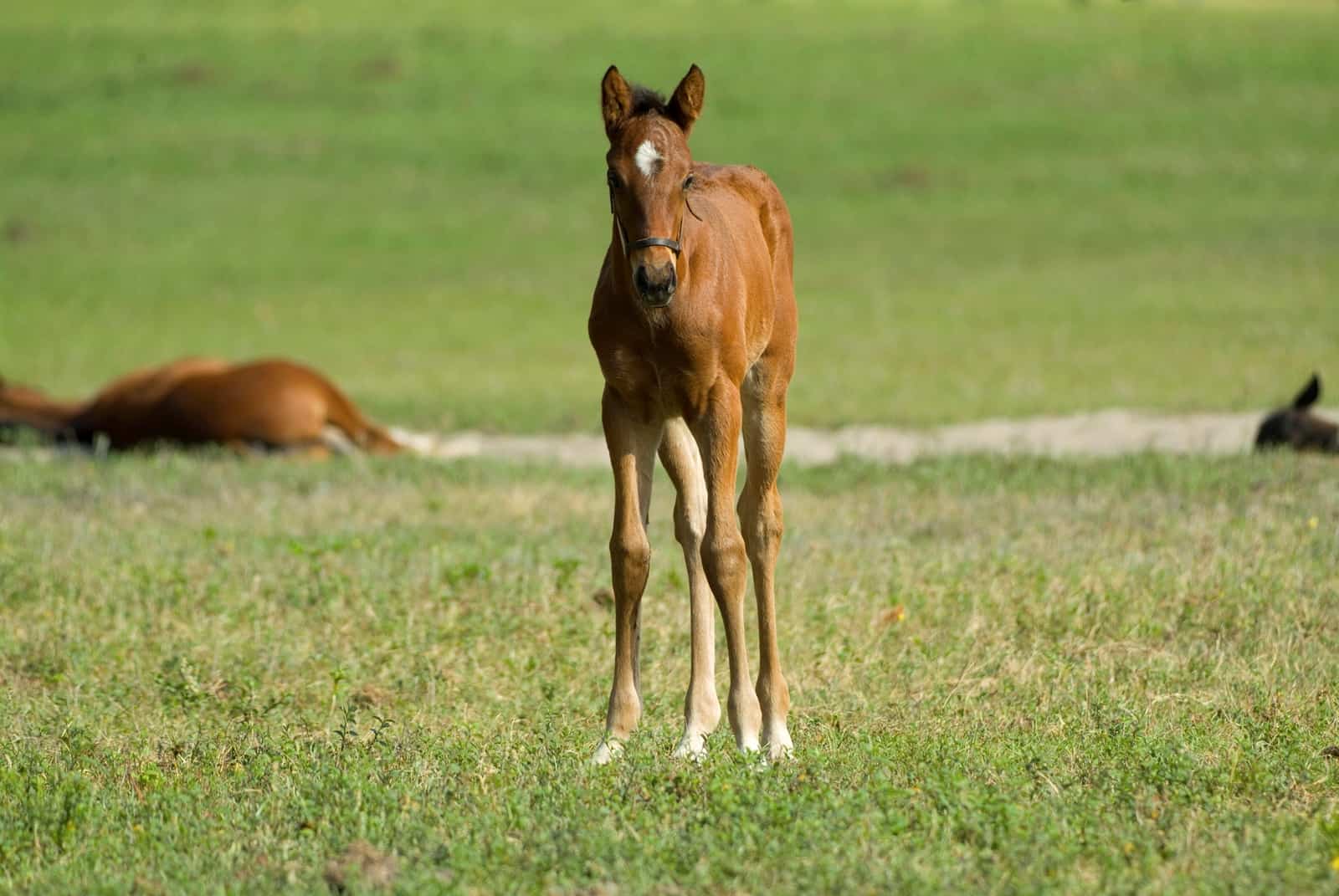 They first described approaches to managing rotational limb deformities, which primarily include inward or outward rotation of the front limbs. Bramlage explained that foals, with their narrow chests and wide base for stability, normally rotate out some at the toe. “As the foal ages, that outward rotation tends to correct,” he said. “The chest broadens, and the elbows move out more than the shoulders.”

He noted that Thoroughbreds, however, tend to toe in at the fetlock, which might be a byproduct of breeding. “Thoroughbreds used to be more angular and narrow-chested,” he said. “Now they tend to toe in, which may be linked to a selection for speed; faster horses tend to toe in.”

When managing foals with these types of deformities, Bramlage suggested squaring their toes early to encourage correct breakover. Applying lateral extensions to the outer hoof walls of horses that toe in can help prevent the outer hoof from wearing too fast.

The group then discussed foals born with contracted carpal (knee) joints. “If the foal is able to stand and is mobile, it takes neurologic input to tell it where the limb belongs—so just be patient,” Bramlage said.

Foals that can’t get up and nurse, however, require immediate and aggressive treatment, such as leg splints and tetracycline to relax the muscles and tendons, said Santschi.

Bramlage offered a word of caution about tetracycline administration: “Some people pay too much attention to correcting the front end and inadvertently weaken the foal’s hocks or hind fetlocks in the process, increasing the possibility of sesamoid or tarsal (hock) fracture. Don’t forget that you’re weakening all of the body’s muscles with tetracycline.”

Also, he said, tetracycline is generally ineffective past six weeks of age. If you’re not seeing any improvement after treating for four to six weeks, it’s time to consider surgical correction.

Concerning carpal contracture (inability of the knee to extend fully) and how to dose the foals exercise, Bramlage said if you notice the foal’s knees quivering while out in the field or after exercise, that means he’s inflamed and needs to rest (i.e., remain in a stall). The quivering should disappear by the time the foal is due to be turned out again. When you get to the point that his knees don’t quiver at all, he’s fine to remain turned out, he said.

“If (injecting the physis) has any impact at all, it changes the way the foal loads the leg because it’s painful,” Santschi said. “I don’t think it has a biologic effect.”

Finally, the pair discussed club feet. The audience’s practices for shoeing club-footed foals varied. Some suggested extending the toe, while others raise the heel. Bramlage and Santschi, however, both prefer to raise the heel first, but as soon as the pain in the foot is gone and the digital pulse is normal, the heel needs to be lowered to stretch the tendon.

“Pain is one of the things that can be contracting the foot,” Bramlage explained. “Extension (of the toe) immediately will often make the pain worse. Start by lifting the heels and supporting the horse’s weight, then pull the tendon down to stretch it out after the foot is quiet.”