Two horses showing signs of neglect were abandoned in a rural part of Monterey County earlier this month. Animal welfare advocates in California hope the offer of a cash reward will help them identify whoever abandoned two horses in a rural part of Monterey County earlier this month.

Beth Brookhouser, director of Community Outreach for the Society for the Prevention of Cruelty to Animals (SPCA) of Monterey County, said that the 20-year-old bay gelding and the 7-year-old palomino mare were discovered wandering unattended in Prunedale on Dec. 16. The animals were apparently abandoned because residents of the small community did not recognize the horses as belonging to someone in the neighborhood, Brookhouser said. Both animals showed signs of neglect, she said.

"Both horses were thin, covered in ticks, and in need of dental work," Brookhouser said. "The gelding has arthritis in both its front knees." 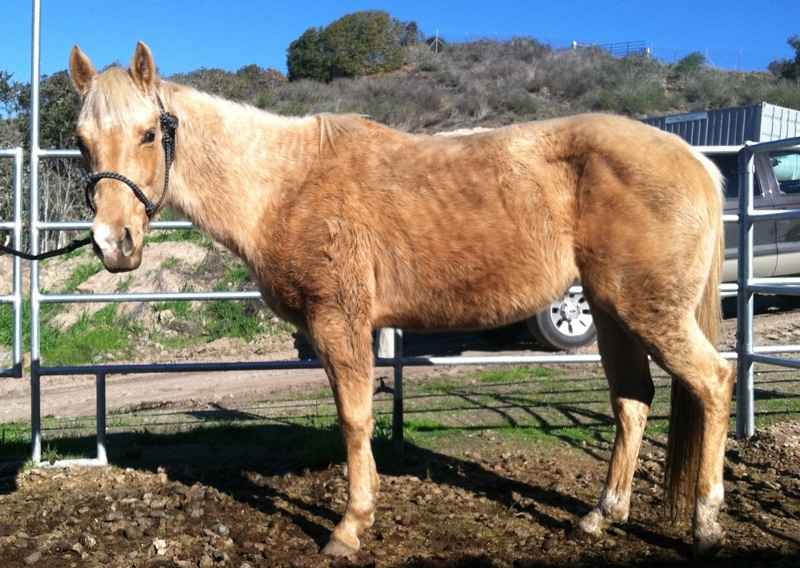 Both horses were taken into the protective custody of the SPCA of Monterey County humane investigator , Brookhouser said.

If caught, whoever abandoned the animals could face multiple charges including animal abandonment, animal cruelty, and deprivation of food, water and shelter.

A $1,000 cash reward is offered for information leading to the arrest and conviction of whoever is responsible for the incident, Brookhouser said.

Anyone with information about the case should call the SPCA at 831/373-2631. All calls are confidential.