The legislation would stiffen penalties for soring horses by amending the Horse Protection Act (HPA) of 1970.

Passed in 1970, the HPA forbids "soring," the deliberate injury to a horse’s feet and legs to achieve an exaggerated, high-stepping, "big lick" gait. The HPA currently establishes penalties for violators including maximum fines up to $3,000, imprisonment up to one year, or both. The penalty protocol contained in the law became controversial earlier this year when some equine welfare advocates claimed that sentences connected to the federal case involving high-profile Tennessee Walking Horse trainer Jackie McConnell were too lenient.

On Sept. 13, U.S. Representatives Ed Whitfield of Kentucky and Steve Cohen of Tennessee introduced HR 6388, which amends the HPA to boost maximum HPA violation penalties to $5,000, imprisonment up to three years, or both. The bill also increases penalties for those who disobey disqualification orders, and for those who fail to pay a licensed HPA compliance inspector at horse shows, sales, and other events. In addition, the bill would also require the USDA to assign a licensed inspector if a Tennessee Walking Horse show management indicates its intent to hire one. The option of hiring of a licensed inspector remains voluntary under the proposed bill.

Finally, HR 6388 would ban the use of action devices including metal chains and so-called "stacks" and pads, also known as performance packages. Performance packages are nailed to a horse’s hoof to add weight and height forcing the horse to lift its feed higher and to strike the ground harder. In some cases, sharp or hard objects are concealed in performance packages to increase pressure to the soft tissue in horses’ feet to achieve a high-stepping gait.

Teresa Bippen, spokesperson for the Friends of Sound Horses said the organization strongly supports the legislation.

"It is a positive step in the battle against soring," Bippen said.

"It is shameful that elected officials would attack an industry that means so much to small communities across the country, all for political gain," Howard said in a written statement. "Have they ever talked to anyone who rides a walking horse, to anyone who lives in the communities to which this animal and the sport means something?"

Following its introduction, HR 6388 will be assigned to a U.S. House committee for consideration. 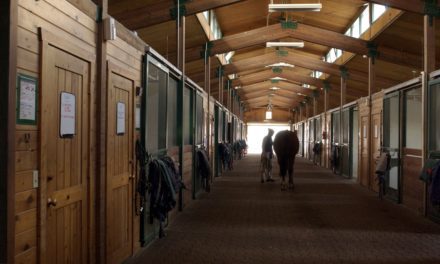 Phoebe is a TB x paint with no white She loves to trail ride, and is schooled 1st level and…
04/03/2020
Plainfield
NH
Total views: 6
Bay
Other (Please specify in details)
Mare/Filly