Q.Are horses that develop sepsis-related (from an overwhelming bacterial infection of the body), supporting-limb, or idiopathic laminitis (i.e., not related to overgrazing, being overweight, having equine metabolic syndrome, etc.) at a higher risk of developing endocrinopathic laminitis down the road?

A.This is a great question. We know that once a horse has had laminitis, that horse is more predisposed to future episodes (from any cause) than a horse who’s never had laminitis.

In a large study performed in the United Kingdom between 2009 and 2011, researchers found that horses with one episode of laminitis of any cause were four times more likely to have a future episode than a horse that had not had a previous episode. Having sepsis-related, supporting-limb, or idiopathic laminitis does not specifically predispose to endocrinopathy (such as equine Cushing’s disease or insulin dysregulation). However, if the horse with a history of nonendocrinopathic laminitis were to develop an endocrinopathy later in life, the risk of laminitis would likely be augmented because laminitis risk is already high in these horses.

Additionally, the more we learn about the complicated nature of laminitis, the more we understand that, perhaps, some cases of sepsis-related, supporting-limb, or idiopathic laminitis might have an endocrinopathic component even in horses without obvious endocrinopathies. The stress of sepsis, hospitalization, and/or pain (especially with supporting-limb laminitis) can alter the horse’s endocrine status and lead to short-term insulin dysregulation in horses that veterinarians would not normally consider as having insulin dysregulation.

Unfortunately, once a horse has been affected by laminitis of any cause, the risk of future episodes is increased and vigilance on the part of the owner-caregiver-veterinary-farrier team is essential to minimize it as much as possible. 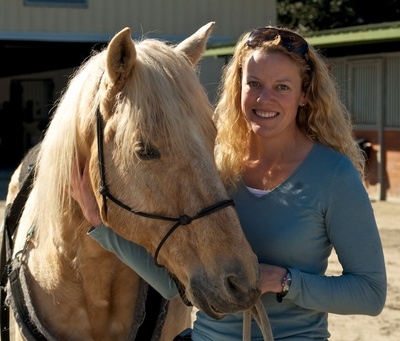 Nora Grenager, VMD, Dipl. ACVIM, is a practitioner at Harrison Equine Clinic in Berryville, Va., and Woodside Equine Clinic in Ashland, Va. She also runs Grenager Equine Consulting and is an active board member of the International Conference on Laminitis and Diseases of the Foot and has a special interest in working toward the eradication of laminitis. If you are interested in adopting this blue roan horse, please submit an ‘Adoption Inquiry’ via our website: Allaboutequine dot…
07/01/2021
Total views: 4886