I have, for the second time, been reminded of the golden rule for keeping senior horses active: Keep them moving. The first time it happened was in late 2015. Dorado (then 19) was just coming back into work after his bout with laminitis and three months of stall rest. He was feeling a bit stiff […]

I have, for the second time, been reminded of the golden rule for keeping senior horses active: Keep them moving.

The first time it happened was in late 2015. Dorado (then 19) was just coming back into work after his bout with laminitis and three months of stall rest. He was feeling a bit stiff under saddle and it took several weeks of long walks and slow trots to get him back into the swing of things and moving like I knew he could.

The good news? By early 2016 and throughout the year, thanks so some help from our veterinarian, Dorado was moving better than ever and showed no untoward effects from the laminitis. We’ve had quite a mild fall and winter in Kentucky, so he’s remained in full work (save for a few short vacations here and there). And I’m beyond pleased to say that at 21, Dorado feels as good as he ever has and is still totally excited to go to work every day. 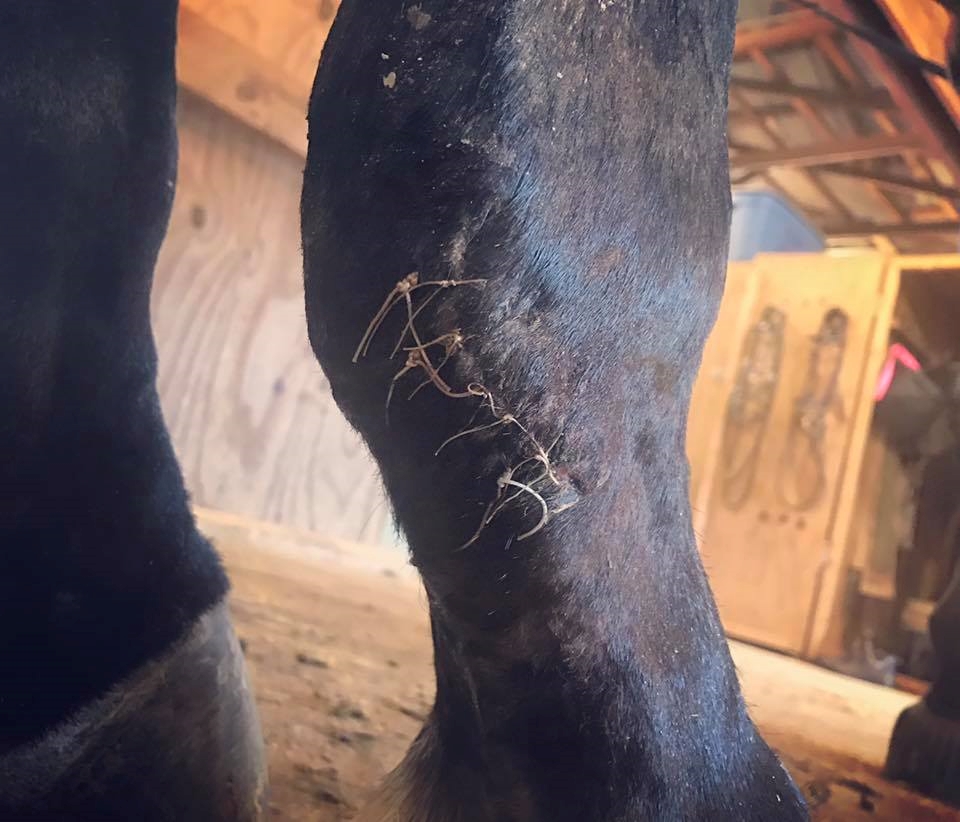 I’ll spare you the gorey details. Let’s just say the barn looked like a murder scene when all was said and done!

But in mid-January, we hit a minor (okay, not really that minorÉ) speed bump. The CliffNotes version goes something like:

At that point, he prescribed strict stall rest for a week, followed by about two weeks of stall rest with short hand-grazes. No active walking during this time, he said, so the woundÑof course, located on a high-motion jointÑwould have the best shot at healing without reopening. If the wound reopened, he said, we might be facing several months of stall rest and complications, so I did my best to keep Dorado as quiet as possible for three weeks.

Fortunately, the laceration healed beautifully and without complications (phew!). When our veterinarian returned to remove the sutures, he said to slowly bring him back into work. The next day, I took him for a walk around the arenas at our farm. He was a bit stiff at first, but walked out of it fairly quickly. 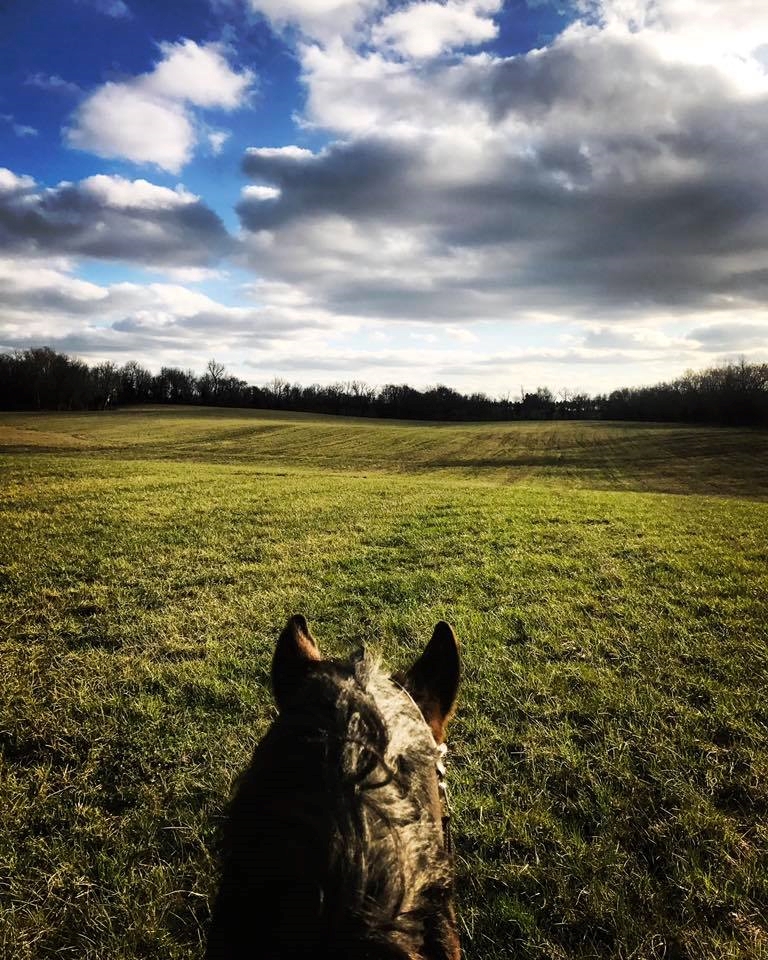 Dorado is back to work after his laceration and feeling ready to go.

The following day, however, I put him on the longe line before I hopped on (you know É just in case there were any feral horse moments waiting to escape when he was finally permitted to trot and canter). He looked awful! He was stiff, tight, and uneven in his gaits. I sent a text to our veterinarian who said he’d be out the next day to take a look.

Apparently three weeks of very little movement can wreak havoc on the body of an older horse that’d used to daily turnout and working regularly. After a full physical exam with no findings evidence of pain in specific locations (just all-over body soreness) our veterinarian recommended a course of treatment andÑthe main thingÑgetting him moving again.

Within a few days, Dorado was back to moving like himself and excited to get back to work. Also within a few days, I learned, again, just how important it is to keep these old guys moving as much as possible, even the fit ones that never seem to be stationary in the first place.

Has your senior horse needed a break from work? How did you bring them back and keep them comfortable while doing so? Not So Frightening Fireworks