What’s the Socioeconomic Status of Most Equestrian Participants?

University of Kentucky researchers developed a survey distributed earlier in 2019. Here’s what they found. 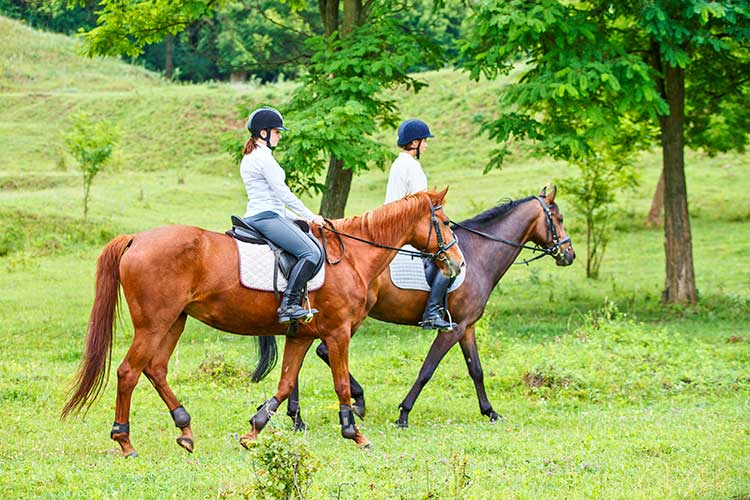 Socioeconomic status (SES) is a complex assessment of an individual or group’s economic and sociological standing that has strong impacts on people’s lifestyle choices.

Equestrian participants have multiple roles and interests in the horse industry over time, and many will participate for decades. The complexity of SES takes into account education, income, occupation, residence location, heritage, and other cultural factors that affect this ability to participate.

However, what is the SES of most equestrian participants? What are the demographics of riders compared to nonriders (handlers or service participants)? To try to answer these questions, University of Kentucky researchers Karin Pekarchik (College of Agriculture, Food, and Environment) and Kimberly Tumlin (College of Public Health) developed a survey distributed earlier in 2019.

The five states with the greatest number of respondents were Kentucky, California, Virginia, Pennsylvania, and Washington. The five countries with the most respondents were the United States, Canada, the United Kingdom, Australia, and New Zealand. Response demographics included more than half participating in English disciplines. Seventy percent of respondents categorized themselves as either recreational or amateur riders, not professionals. Most described themselves primarily as riders or trainers, having been involved with the sport for more than 20 years. Two-thirds of the respondents listed frequency of riding as “most days.”

Nearly all responders identified as middle-class, middle-aged females. Only 10% of respondents reported making more than $100,000 in personal income. That figure increased 250% when reporting a household income greater than $100,000. In contrast, only 14% of responses reported less than $35,000 in annual income. These economic factors can be barriers or boons to participation in equestrian sport, although 46% reported that their salary is sufficient to afford their horse habit.

Nearly three-quarters of respondents said they feel emotionally supported by friends and family. While more than half reported currently living in a rural setting, they did not necessarily grow up in the country or on a farm. At least half of the respondents reported childhood residences in either suburbs or urban (city) locations.

Sport participation in youth programs and having a parent interested in a similar sport often influence participation over one’s life course. Interestingly, more than two-thirds of the survey respondents did not participate in a youth or an adult club (such as 4-H, Pony Club, British Horse Society).

One of the most surprising findings was that most respondents reported that their families were not involved in horses. These findings suggest that recruiting new participants to the horse industry might be key to its sustainability. Understanding the complex nature of the SES of people involved in the horse industry could help maintain and grow participation rates in coming years.

Beautiful 2 year old Clara is now available for adoption by an experienced horseman/women who wants to bring up a…
08/12/2022
Total views: 2341