A Norwegian and Swedish study shows that autologous conditioned serum with higher levels of certain biological anti-inflammatories and growth factors is more likely to reduce lameness in treated horses. 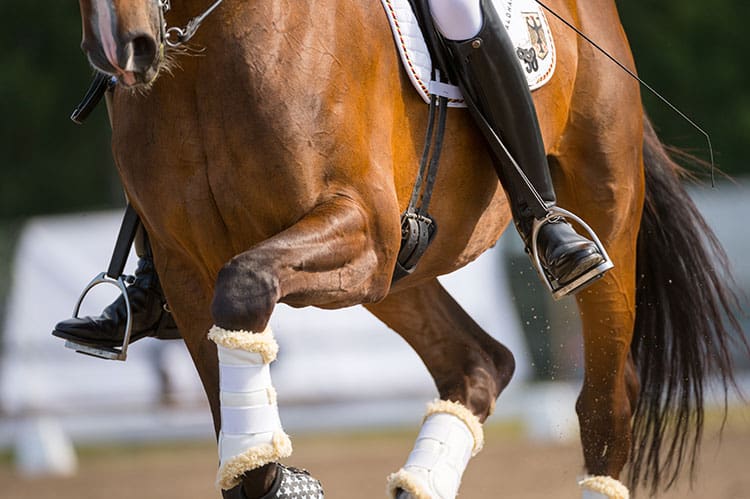 When your horse has joint issues leading to lameness, you might try giving him a taste of his own medicine—provided it’s the potent kind.

Developed by incubating a horse’s own blood under conditions that accentuate its natural therapeutic protein production, autologous conditioned serum (ACS) can aid healing when injected into diseased equine joints. It has been “hit-and-miss,” though, working in some horses and not in others, said Scandinavian researchers.

In a new ACS study, however, the scientists reveal clues that might explain why some horses are “hits” and others are “misses.” Those clues, they said, point to the kinds of proteins in a horse’s conditioned serum.

The proteins that naturally reduce inflammation and encourage growth appear to make the difference, said Patrick Marques-Smith, DVM, of the Faculty of Veterinary in the Norwegian University of Life Sciences, in Oslo. His team’s study showed that ACS with higher levels of certain biological anti-inflammatories and growth factors was more likely to result in a positive clinical response, evaluated as reduced lameness.

Marques-Smith said his team’s findings makes sense, because ACS efficacy in humans also seems to be related to what scientists call their cytokine profile—the mix of anti-inflammatory and growth factor cytokines present in a final ACS product. However, given their small study size, it’s too soon to confirm that IL-1Ra and IGF-1 are, indeed, leading to better results in some horses, he added.

“If the association between cytokine profile and treatment response found in our study is corroborated in a larger study population … we can say that responders are ‘lucky’ to have an effective cytokine profile,” Marques-Smith said.

In its study, the research team from Norway and Sweden evaluated the effect of ACS injections in 19 harness-racing horses with low-grade lameness caused by joint pain. Each horse received three injections, once every two weeks, of his own modified blood serum directly into the affected joint or joints. Two weeks after the last treatment, the scientists performed a follow-up lameness evaluation including flexion tests. They found that 11 horses responded to treatment, whereas eight horses did not improve when compared to the initial exam. After a detailed analysis of the conditioned serum samples from each horse, the researchers detected a trend: The 11 sound horses had higher concentrations of certain cytokines in their final product compared to the eight that failed to improve. Advanced statistical analysis pointed to the possible role of two specific proteins: IL-R1a and IGF-1.

That might have something to do with their therapeutic effect on cartilage, Marques-Smith explained. Previous study results have shown that these two proteins contribute to reducing joint inflammation and improving cartilage healing in horses.

“Given the population of horses in our study (racehorses with articular lameness), it is likely that both joint inflammation and cartilage damage were present in several individuals,” he said.

Aiming for the ‘Lucky’ Protein Mix

Why some horses get lucky with their cytokine profiles and others don’t remains a mystery, said Marques-Smith. It could be genetic, but it could also be related to other factors. For example, horses undergoing surgery tend to experience stress that reduces their ACS product IGF-1 concentration. So it’s probably better to harvest blood for ACS production before putting the horse through serious stress, he said.

If further research confirms that IGF-1 and Il-R1a concentrations contribute to ACS efficacy in equine joint healing, horses could potentially have their cytokine profiles analyzed prior to ACS therapy—to see if it’s likely to work, said Marques-Smith. However, that would be an expensive option at this time.

Boosting a horse’s cytokine profile might one day become a possibility, but currently scientists are unsure how to do that, he added. “Unfortunately, we are still lacking in scientific knowledge to allow for such an easy fix,” Marques-Smith said.

Using a horse’s own blood has many benefits, including compatibility as well as ensuring clean sport, because ACS is not considered a medication under anti-doping rules, he explained.

“I believe ACS is a useful treatment option, but owners and veterinarians should be aware of the potential for a variable outcome,” said Marques-Smith. “The idea of producing a therapeutic product directly from the target patient is very appealing to us equine clinicians … but further studies are required to improve clinical decision-making on the use of ACS.”