What We Know (and Don’t Know) About Bisphosphonates

Many navicular horses have benefited from bisphosphonate treatment, but some questions remain about these medications. 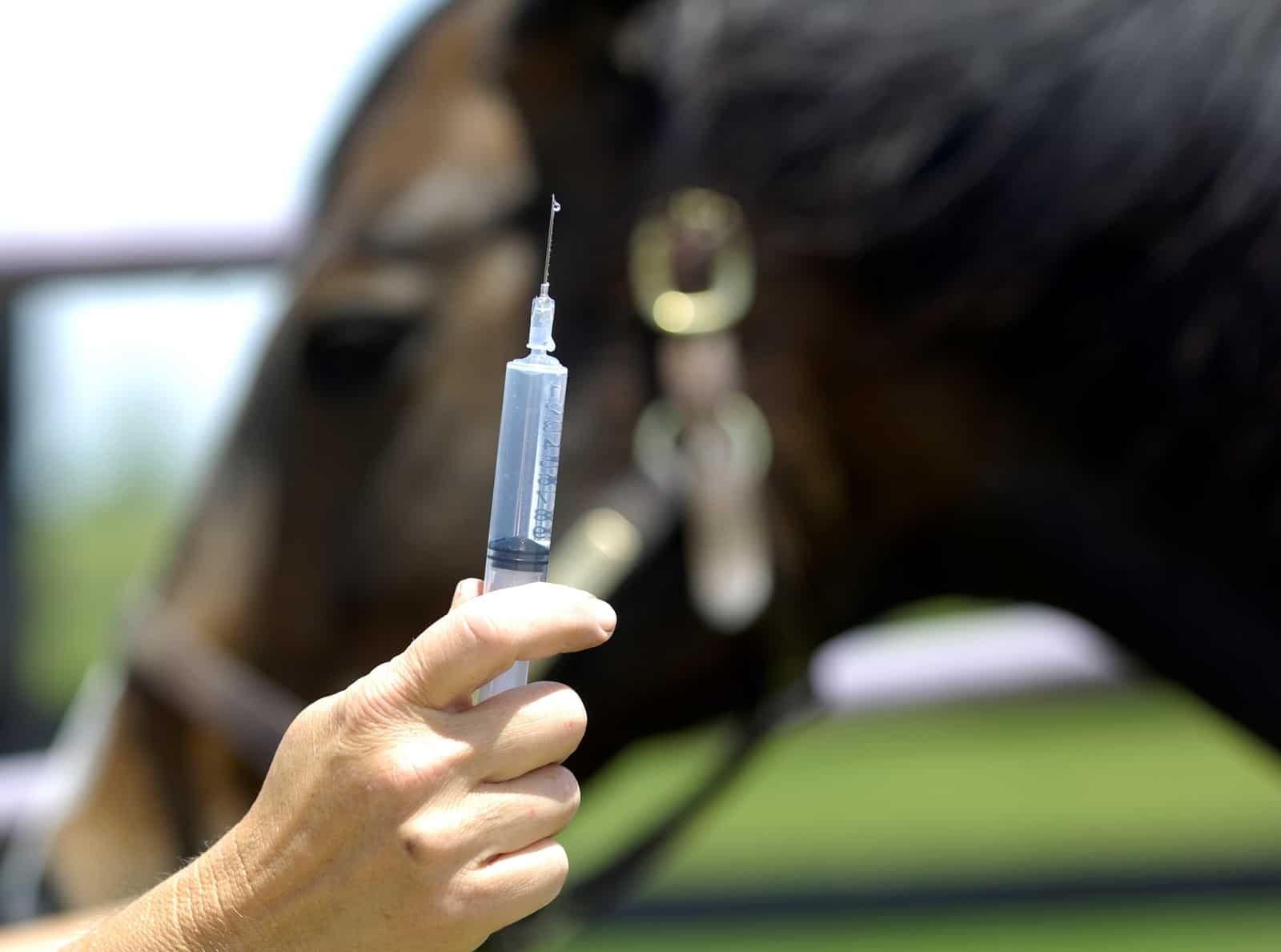 In 2014, the U.S Food and Drug Administration (FDA) approved the use of the bisphosphonates tiludronate (Tildren) and clodronate (Osphos) for controlling clinical signs of navicular disease in horses. Since then, however, more questions than answers have surfaced regarding this potentially ground-breaking class of drugs. Katja F. Duesterdieck-Zellmer, DMV, PhD, Dipl. ACVS, assistant professor of large animal surgery at Oregon State University’s Department of Clinical Sciences, in Corvallis, reviewed bisphosphonates and their effects at the 2016 American Association of Equine Practitioners Convention, held Dec. 3-7 in Orlando, Florida.

In humans, physicians use bisphosphonates to prevent loss of bone mass associated with osteoporosis. Among equine practitioners, however, “the use of bisphosphonates seems to be controversial, with many having strong opinions for or against the use of these drugs in equines,” said Duesterdieck- Zellmer. “Questions remain regarding the best choice of bisphosphonate, frequency, route and dose of administration, minimum age of the horse to be treated, what type of conditions may benefit from treatment, and how to select the best candidates from successful bisphosphonate treatment.”

Veterinarians can administer bisphosphonates either intravenously (IV) or intramuscularly (IM). Once in the body, the drug binds to bone mineral, particularly at sites of active bone resorption.

“Here, bisphosphonates remain until being liberated via slowed bony resorption,” said Duesterdieck-Zellmer. This means the drug’s half-life (in the case of bisphosphonates, the time it takes for the drugs’ bone concentration to decrease by 50%) depends on the rate of bone turnover, which varies by location and disease state present. There’s currently no data available about bisphosphonates’ half-life in horses.

Several adverse effects of bisphosphonate use have been reported in both horses and humans. Some human patients have suffered osteonecrosis (death of the bone) of the jaw post-treatment, while others have experienced unusual femur fractures—presumably due to an altered bone remodeling response after repeated bisphosphonate use.

While there have been no reports of these side effects in horses, Duesterdieck-Zellmer cautioned veterinarians to be aware of them.

Practitioners have reported renal (kidney) toxicity in both humans and horses; for this reason both product labels include warnings not to administer the drug to horses with a history of renal disease or concurrently with non-steroidal anti-inflammatories. To avoid the risk of kidney issues, Duesterdieck-Zellmer suggested obtaining a renal panel before treatment and administering lower doses over a longer period if concerned about renal compromise.

Treated horses have also experienced coliclike symptoms post-administration. According to FDA documents, this might occur more frequently in horses treated with tiludronate versus clodronate and typically resolves quickly with medical therapy.

“A horse exhibiting signs of colic after bisphosphonate treatment should first be walked, and if this does not resolve signs, N-butylscopolamine, xylazine, detomidine, butorphanol, or a combination of these drugs should be given,” said Duesterdieck-Zellmer.

Because bisphosphonates are approved for treating navicular disease, this is their primary use in horses. Study results have shown IV-administered tiludronate to be beneficial for some cases, said Duesterdieck-Zellmer. In one double-blind placebo-controlled study, owners of 15 (70%) of 22 horses with moderate to severe lameness reported improvement, and 11 (50%) reported resolution. In the FDA approval study, 64% of treated horses had improved by at least one lameness grade at two months post-treatment.

While there have been no peer-reviewed studies on clodronate’s efficacy, the FDA approval study showed that 75% of IM-administered horses had improved by at least one lameness grade at 56 days post-treatment. The overall success rate at 180 days post-treatment was 65%.

“There is currently no evidence that either tiludronate or clodronate is more efficacious than the other in relieving pain due to navicular syndrome,” said Duesterdieck-Zellmer.

Tiludronate has been shown in clinical trials to improve pain due to OA of the spine and bone spavin in some horses, but she cautioned that this is an extra-label use of the drug and there’s still insufficient evidence to recommend it.

Bisphosphonates might also help treat bucked shins and prevent osteopenia (decreased bone density) resulting from, say, cast immobilization in horses. And, said Duesterdieck-Zellmer, “pedal osteitis and sesamoiditis (inflammation of the coffin bone and sesamoid bones, respectively) may be conditions that possibly benefit from a decrease in bone remodeling.” But, again, more investigation into these uses are needed.

Despite bisphosphonates’ benefits, many veterinarians still have concerns regarding their use. One is that it might affect growing horses’ skeletal development. While researchers have not yet investigated this in horses, physicians have seen radiographic changes near some children’s growth plates.

In growing laboratory animals, “bisphosphonates seem to affect endochondral ossification (bone formation), but it is unclear whether this has any lasting effects,” said Duesterdieck-Zellmer.

Another question is how long bisphosphonates continue to decrease bone turnover after administration, and how frequently should dosing occur? The answers to these questions remain open, but, based on study results, if practitioners don’t note a sufficient clinical effect after one treatment, they typically give the next treatment two months later. In that study, tiludronate levels in equine bones decreased relatively little three months post-administration, then more rapidly over the subsequent three to six months.

“Based on extrapolation from data in rats, it was concluded that tiludronate concentrations in equine bone at six months were probably not high enough to inhibit bone resorption by 50%,” said Duesterdieck-Zellmer.

In summary, said Duesterdieck-Zellmer, many but not all navicular horses treated with bisphosphonates will have improved or resolved lameness. She suggested veterinarians assess horses’ response and improvement two to six months after treatment. Horses with a history of kidney disease or currently being administered non-steroidal anti-inflammatory drugs should not receive bisphosphonates. And watch for signs of colic post-treatment. If you are interested in adopting this horse, please submit an ‘Adoption Inquiry’ via our website: Allaboutequine dot org. No…
07/01/2021
Total views: 1625