Hoof capsule distortions associated with hoof imbalance typically aren’t severe, they can affect horses’ comfort and be challenging for owners and their farriers to manage. 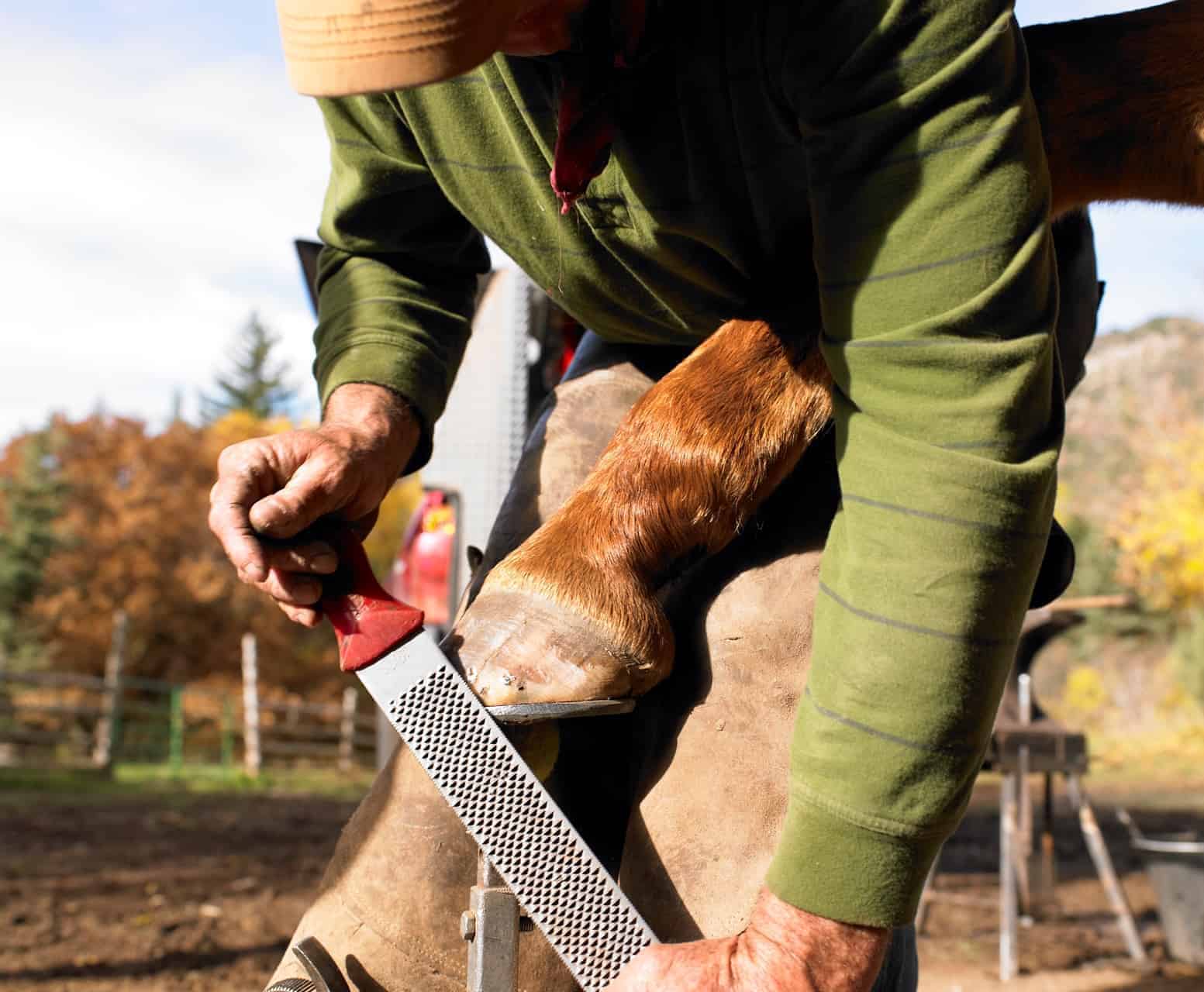 Hoof capsule distortions—any change in shape from “normal”—associated with hoof imbalance typically aren’t severe, they can affect horses’ comfort and be challenging for owners and their farriers to manage.

Andrew Parks, MA, VetMB, Dipl. ACVS, MRCVS, professor and head of the department of large animal medicine at the University of Georgia’s College of Veterinary Medicine, in Athens, described how to handle these during the 2018 British Equine Veterinary Association Congress, held Sept. 12-15 in Birmingham, U.K.

“Think of the foot as a box,” he said. “If you change one side, you have to change at least one other.”

When faced with a hoof capsule distortion, said Parks, the treating veterinarian and farrier should perform a visual exam to identify the coronary band’s position, growth rate around the foot, and any hoof wall deformation. Then, he or she might palpate the hoof to identify subtle changes in contour and take radiographs to evaluate the relationship between the coffin joint and the hoof capsule.

“Club feet and underrun heels are essentially the opposite ends of the same spectrum,” Parks explained. “They are both related to where the most weight is being born by the foot, which is at least in part related to the tension in the deep digital flexor tendon. Under normal circumstances, the force opposing the weight on the limb (ground reaction force) acting through the center of pressure is causing the coffin joint to extend (extensor moment) and the tendon is causing it to flex (flexor moment).” Club feet occur when the flexor moment exceeds the extensor moment, causing the hoof’s center of pressure to move toward the front (dorsally). This causes the toe to grow more slowly and the heels to grow more rapidly. The front of the hoof wall might also deform under stress, becoming concave.

Parks said treatment revolves around manipulating those flexor and extensor moments: “You can either increase the extensor moment by adding a toe extension or decrease the flexor moment by performing a desmotomy (severing) of the distal accessory ligament of the deep digital flexor tendon.” Underrun heels are basically the opposite of club feet. With this distortion, the hoof’s center of pressure moves toward the heels, increasing their load. Parks said it can occur if you leave a shoe on too long, allowing both the heels and the toe to grow longer. This moves the foot’s ground surface forward and in doing so causes the heels to move closer to the center of pressure. It can also result from a tendon or ligament injury or strain that reduces that structure’s tension.

Acutely underrun heels are typically treatable, whereas chronic ones might require lifelong management. Parks said this involves removing the damaged heels, providing slight heel elevation, easing breakover (the moment the heels lift off the ground), and spreading weight-bearing across the back (palmar) part of the foot to limit the weight on the heels. Sheared heels, said Parks, occur most commonly in horses with angular or rotational limb deformities. Affected horses typically land on the outside of their foot. This conformation causes the medial (inside) heel to be more directly under the limb and, thus, bear more weight than the lateral (outer) heel. The center of pressure then shifts toward the displaced heel.

“The consequence is displacement of the coronary band, and the buttress of the heel is more forward than the lateral heel buttress,” said Parks.

If you are interested in adopting this horse, please submit an ‘Adoption Inquiry’ via our website: Allaboutequine dot org. No…
07/01/2021
Total views: 3131