Alfalfa: Are Hay or Pellets Better Before Riding?

Research shows feeding horses alfalfa prior to riding can help buffer stomach acid and offers relief for ulcer-prone horses. But are hay or pellets better? 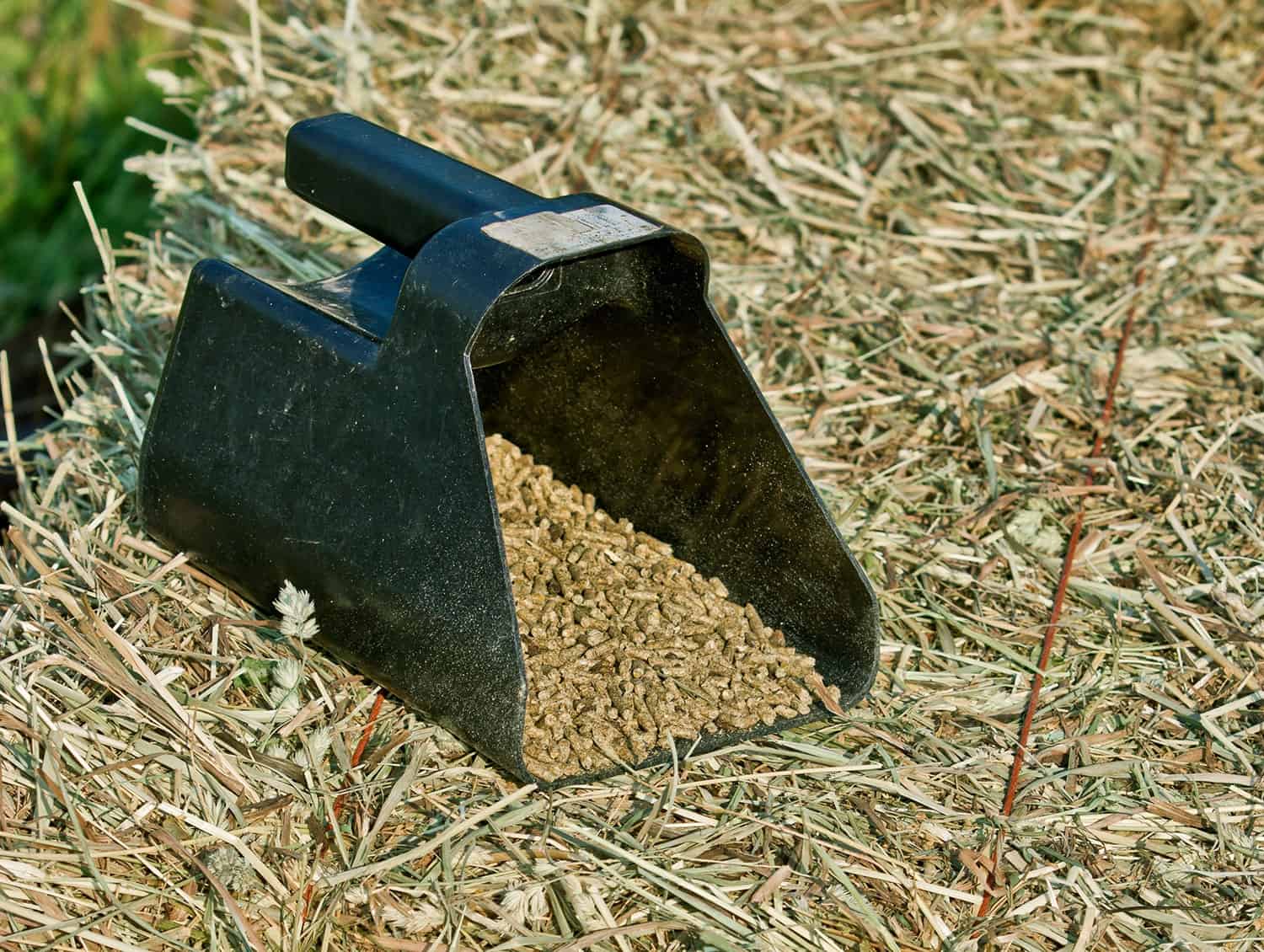 Q. I feed my ulcer-prone horse alfalfa before riding, because I’ve heard the calcium in alfalfa works like a big Tums antacid to keep my horse’s stomach from hurting during exercise. I was recently told that alfalfa pellets don’t work and that I should use alfalfa hay or chop instead, because the alfalfa needs to create a “hay mat” in the stomach to keep acid from splashing up into a horse’s esophagus (basically, causing horse heartburn). Is it true that I need to feed alfalfa hay or chop instead of pellets?

A. You are correct. Alfalfa is typically high in calcium, which researchers have shown reduces stomach acidity due to its buffering capacity. In a study at Texas A&M University, 12 horses were assigned to one of two groups: a 1:1 ratio by weight of Bermuda hay and a concentrate feed or of alfalfa hay and the same concentrate feed.

Treatment periods lasted 28 days before horses switched to the other diet with a 21-day washout period between treatments. At the start of the study each horse went through a gastroscopy to determine whether they had gastric ulcers and, if so, their severity. Horses were rescoped after the 28-day treatment periods to determine whether any existing ulcers had improved or worsened or new ulcers had appeared.

The researchers found that ulcer severity scores were significantly lower when horses ate alfalfa hay compared to Bermuda hay. Feeding alfalfa prevented ulcer formation in 11 of 12 horses that did not have ulcers initially, whereas only three of the 12 horses that did not have ulcers stayed ulcer-free when fed Bermuda. The team attributed these results to alfalfa’s higher calcium and protein content providing greater buffering capacity. The complex carbohydrate fractions found in alfalfa’s cell walls have also been shown to provide better buffering than those found in grass hays.

It’s clear that alfalfa does a good job of buffering the acid in the equine stomach. The question therefore becomes, does it matter what form the alfalfa is in? Long-stem hay requires a good amount of chewing before being swallowed, and chewing results in saliva. Equine saliva contains a good amount of sodium bicarbonate, which will also buffer stomach acid. Pellets take less chewing so result in less saliva and lower buffering from the bicarbonate. So long-stem hay would be preferable from that perspective. But what about the fiber mat?

The equine stomach is not completely full of acid. Large feed particles float on top of the acid, helping prevent it from splashing into the upper portion of the stomach where most ulcers occur. Pellets have a much smaller particle size than long-stem fiber, so alfalfa hay is more likely to make a better mat than pellets. Keep in mind that any forage in hay form—not just alfalfa—will form a good mat and cause saliva production. So if your horse has eaten hay within the few hours prior to your ride, he likely already has a good mat.

The calcium in pellets might buffer more quickly than hay due to the smaller particle size, but the smaller particles might also cause the calcium to move out of the stomach faster than larger particles would. So the question becomes: Which is more important, the hay mat or the buffering? If the stomach’s acidity is low, it won’t matter as much if the acid splashes into the stomach’s unprotected upper region. A hay mat is less important when the stomach acid is less acidic, and depending on when your horse last ate hay, a mat might already exist.

If you’re arriving to ride your horse and he has an empty stomach, and you give him alfalfa while you’re grooming, he might not have time to consume much alfalfa hay, because it requires more chewing. You might get greater buffering capacity more quickly by feeding pellets, although you won’t get a great mat. Most stomach buffers are relatively short-lived, lasting at most a couple of hours. Research has shown that some commercial buffers on the market buffer effectively and more quickly than alfalfa. These can be great options when given before exercise, if you need buffering capacity quickly.

Alfalfa’s ability to help reduce ulcers, and in which form you should use it, depends on a combination of complex interactions. The best solution for each horse might not be completely clear, but what we do know is that giving some form of alfalfa before riding a horse with an empty stomach will likely have a positive impact and could reduce your horse’s risk of developing gastric ulcers.